My nightmares continued …..with UFOs and some ghosts.

It’s been a while and I think there are more details and other ideas to explore behind my hypnopompic hallucinations.  There are new developments and I would also like to comment a bit on the paranormal.
In the last nightmare post, I mentioned I was a skeptical agnostic, but in discussion and as I have become involved in debate I think it might be clearer to state I am an atheist.  It might be clearer still to state I am an antitheist or even a “radical atheist”. When Penn Gillette was asked what he meant when he declared he was a radical atheist he said, “Not only do I not believe in God, I don’t think you do either”.  This may seem a bit of a lurch to one side from skeptical agnostic to antitheist or radical atheist, but I think it is more of a wearing down of patience or tolerance.  Certain aspects and ideas I formerly would give a pass, have been cancelled out with a bit of scrutiny leaving agnosticism behind.   When you see someone who claims to believe in God, or even think they believe in God, showing no practice or signs of those beliefs, even acting counter to the ideas and doctrines of those beliefs, can you really say that that person believes?  I would answer no.  Not that I blame anyone for this infidelity or faithlessness the doctrines and mandates of the Gods are horrible.
This new, more stringent stance may seem surprising in light of the fact my hypnopompic hallucinations, my personal hauntings, have taken on new dimensions.
In 2008 I suffered a back injury, due to drawing, that became dangerous and had me crippled for about a year.  I underwent back surgery, which turned out very well.  Three days after surgery my older sister, Robyn, was diagnosed with cancer.  Robyn passed away in June, 2010.  I can’t recall if it was the 4th or 5th as my memory about Robyn is still unsteady.  It doesn’t really matter to me which day.  Those types of details don’t really stick with me but other minute details of that time seem over powerful. The day following her death I stayed at my parents place.  I went to shower and it occurred to me I could barely recall who my sister was, or whether I had had a sister named Robyn.  The next day my father also seemed to have a disconnect with reality as he told me it finally struck him that the doctors weren’t going to call and tell him everything was going to be okay.  Needless to say we were falling apart.
My family and I had a very bad couple of years.  Before my sister passed away, when she was still undergoing chemotherapy, I was recovering from my surgery.  The year of intense pain from my injury had knocked me off balance in a number of ways.  I suffered pain delusions for several months.  These are hard to describe.  When I would sit for a time, any length of time, the idea I was about to be in pain would slowly coalesce.  I would become convinced if I moved I would be in excruciating agony.  It would take several minutes before I realized I was in a sort of trance and then recall my back was better now and it didn’t hurt to move.  Sometimes these trances or delusions would last almost an hour.  Another effect was my sense of time was warped.  When in pain I spent a good deal of time counting down.  Not sure why I did this. When I was hurt I was able to walk roughly ten paces before I’d have to drop to the floor.  During the waves of pain I would count down how long it took for the pain to become endurable to walk another ten paces.  When walking was no longer an option and the pain was like my legs and genitals were being crushed all the time I would count the seconds for no clear reason, but as if approaching some point where it would pass.  When I was recovering this counting of seconds and the sense of elongation brought about by the pain left a mark.  My sense of time is still not quite recovered. 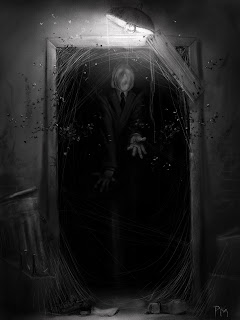